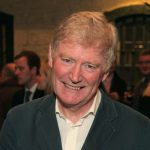 Kevin Warner was National Co-ordinator of Prison Education in the Department of Justice/Irish Prison Service from 1979 – 2009. His work involved developing, in conjunction with education bodies from the community, education services for those in prison. Prison education became by far the most substantial structured activity in which Irish prisoners participated in this period. He was also significantly involved in prison education developments in Europe and North America.

Since retiring from the public service in 2009, Kevin has continued to engage in research and writing. In 2014, he co-edited (with Eoin Carroll) Re-imagining Imprisonment in Europe: Effects, Failures and the Future (Dublin: Liffey Press). He teaches currently in UCC and NUI Maynooth.